When you are mousing around a 3D Room in IMVU you will see Avatar Seat icons appear in those places that will allow you to stand or sit. By default these icons appear in the location of the avatar Seat Node (at the level of the floor). In some cases, you might want the icon to appear in a different place, like in the seat of a chair. To do this you will need to create a Handle Node. Handle Nodes can be placed anywhere you like, but they will need to be named specifically to the Seat Node number you are referencing. So, if you are creating a Handle Node for seat01.Sitting, you will need to label the corresponding Handle Node Handle01, and so on. 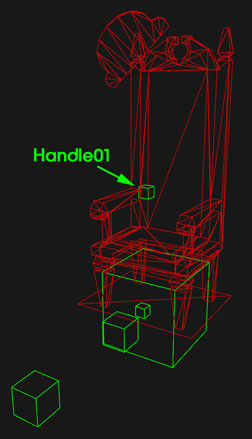 As you see in the examples above, a Handle Node is placed where you would like an avatar seat icon to appear within your Furniture or Room product. 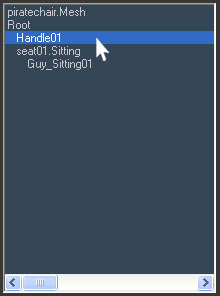